Written in response to an invitation in the #LiveLent 2018 app, where it said: “Make some time to write down the story of your relationship with God, how it began, how it has grown, what it means today”.

Can we have a relationship with God? What would, or could, be the nature of that relationship? Is anything like an equal balance and mutual respect possible? When I read the invitation in the Live Lent app, I was immediately enthusiastic to reflect on my own relationship with God, which has not always been easy, but still fills me with gratitude, awe and love.

The first memory that now comes to mind, is of a teacher in preschool, who taught us the Lord’s prayer. She said that we should close our eyes, because then we would see God. 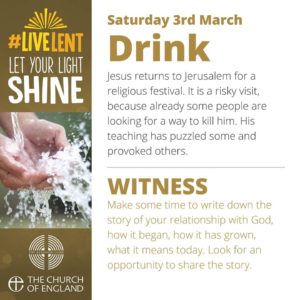 I tried that out, but it didn’t seem to work. This was disappointing, and puzzled me. Yet her remark stayed with me, as a treasured memory of someone who showed me what might be possible.

Later on, I learned more things about God in school and Church. I must have been a strange kid, for I had the habit of actually believing what was told and then acting accordingly. For example when I heard about David and Goliath: the next time I encountered a bully, I told him that I trusted God and therefore he would not be able to hurt me. In response, he kicked me extra hard. What I learned thereafter is that most adults are not able or willing to explain these differences between theory and practice. Basically, they seemed to think that I had been rather silly to actually believe what I had been told, and that was that.

Then I began to be puzzled about God’s omnipotence. I wondered how he controls everything I do, even my decisions. Once, cycling back from school, I wanted to explore this by experiment. I figured that I might detect God influencing my will if I could manage to stop willing something consciously. So I tried to cycle as unconsciously as possible. This proved rather difficult – I fell in the attempt – and the whole experiment was a failure because I had still been slightly consciously aware that it was my own decision to stop pedalling. These experiments may seem extraordinarily silly and impractical, but I enjoyed them as a way of exploring something that is highly intangible, but real.

Thus I had three questions: can we see God; can we trust God; can we be autonomous in our relationship with God. And these seem to define my struggles in coming to grips with this bizarre relationship that we might have with this being who is different from us in almost all respects, although he says we have been made in his image.

I don’t think these questions ever really left me, but for a long time they had been lingering somewhere in the back of my mind, whilst I was busy studying, working, marrying and raising children. But now in the past three years they have come back in full force. I had a lot of serious doubts, shattered illusions and fears that God might be shutting me out. Looking back, I think I was most of all haunted by my own inner critic, constantly questioning my own motives. This went with panic attacks and long periods without sleep. 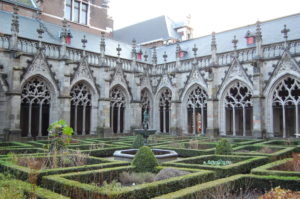 During the last such episode, I sought rest by going for a walk, and ended up in a church. Many things were special in that walk, and the things that God seemed to be telling me, but one thing really was a turning point: a few days later, when I had finally had some sleep, and came back to my senses, it was as if God told me: “See: you really love me, otherwise you would not have gone to a church in such a state!”. This argument convinced me, and helped me shut up that inner critic. It seems to me that this personal way of dealing with people is typical for God, and shows his respect for my autonomous choice and personality.

I know that he created me, and gave that love in my heart as a gift. But it feels very much as if God considered it really important to create the space and opportunity for me to make an autonomous choice to use that gift and love him back.